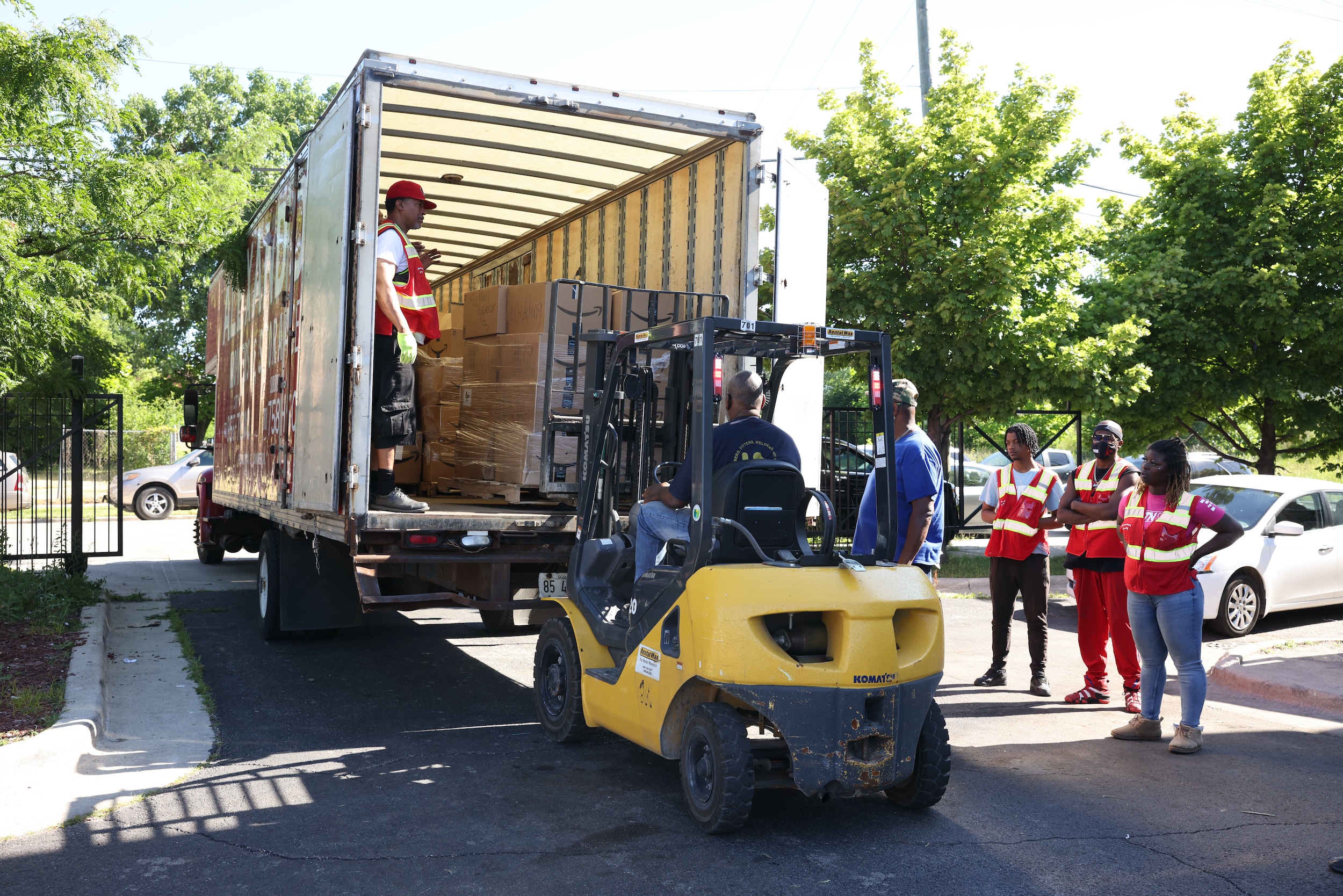 CityServe, a collaborative network designed to equip and empower the local church to “help those helping others,” expands into Chicago and throughout West Cook County with the launch of CityServe West Cook.

CHICAGO — On Monday, CityServe launched CityServe West Cook—their first HUB in Illinois—at Mount Vernon Baptist Church in Chicago, featuring a special service and community outreach to commemorate Juneteenth. As part of CityServe West Cook, church members blessed local families with $1.2 million worth of clothing, school supplies, recreational items, and other household necessities from the CityServe goods-in-kind supply chain This event was open to all community members and families. Reporters from The Chicago Tribune, The Chicago Sun-Times, and Channel 9 reported on the event.

U.S. Congressman Danny Davis had the vision for planning and creating this special occasion. “My father always said, ‘I would rather see a sermon than hear one,’” said Congressman Davis. “This Christian action will bring hope, health, and healing to those who are being served.” 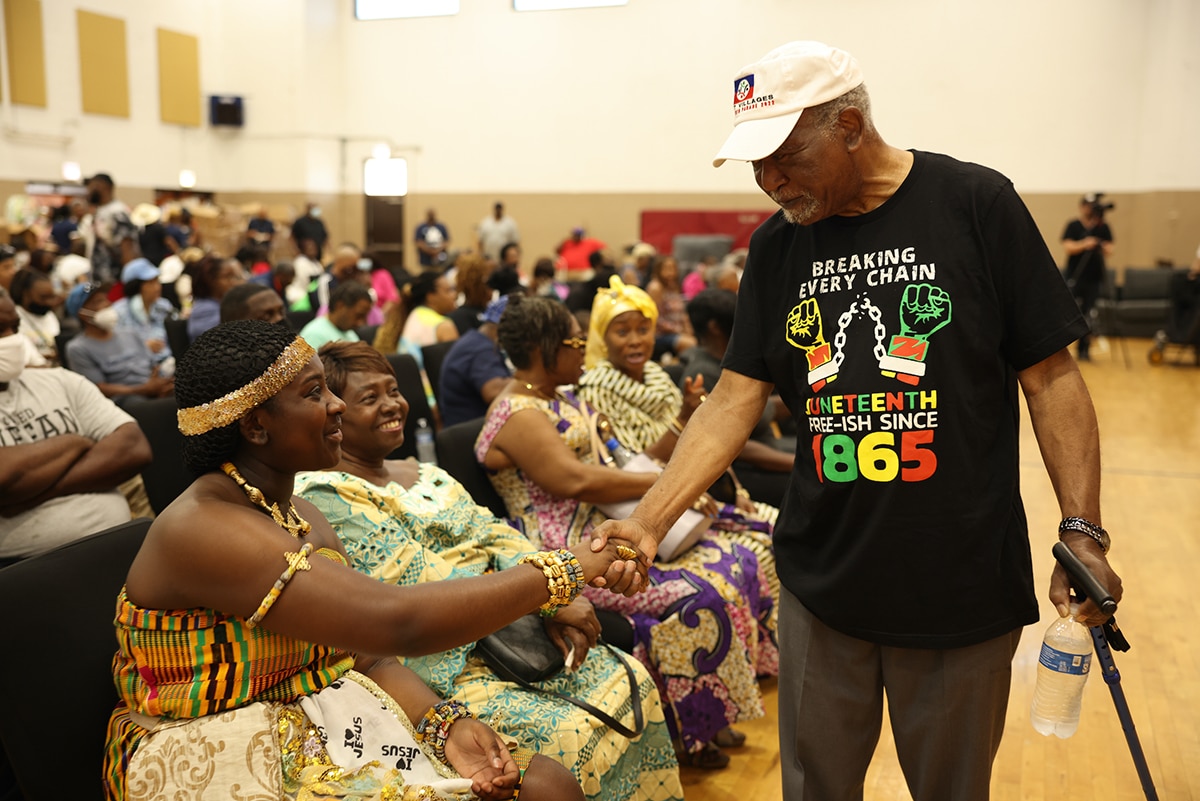 Congressman Davis, who was instrumental in making Juneteenth a national holiday, told the audience before household essentials were given away, “I want to thank [CityServe] for creating this opportunity for us to join hands and share in some of the bounty of our great nation. So thank you CityServe, all of CityServe.” 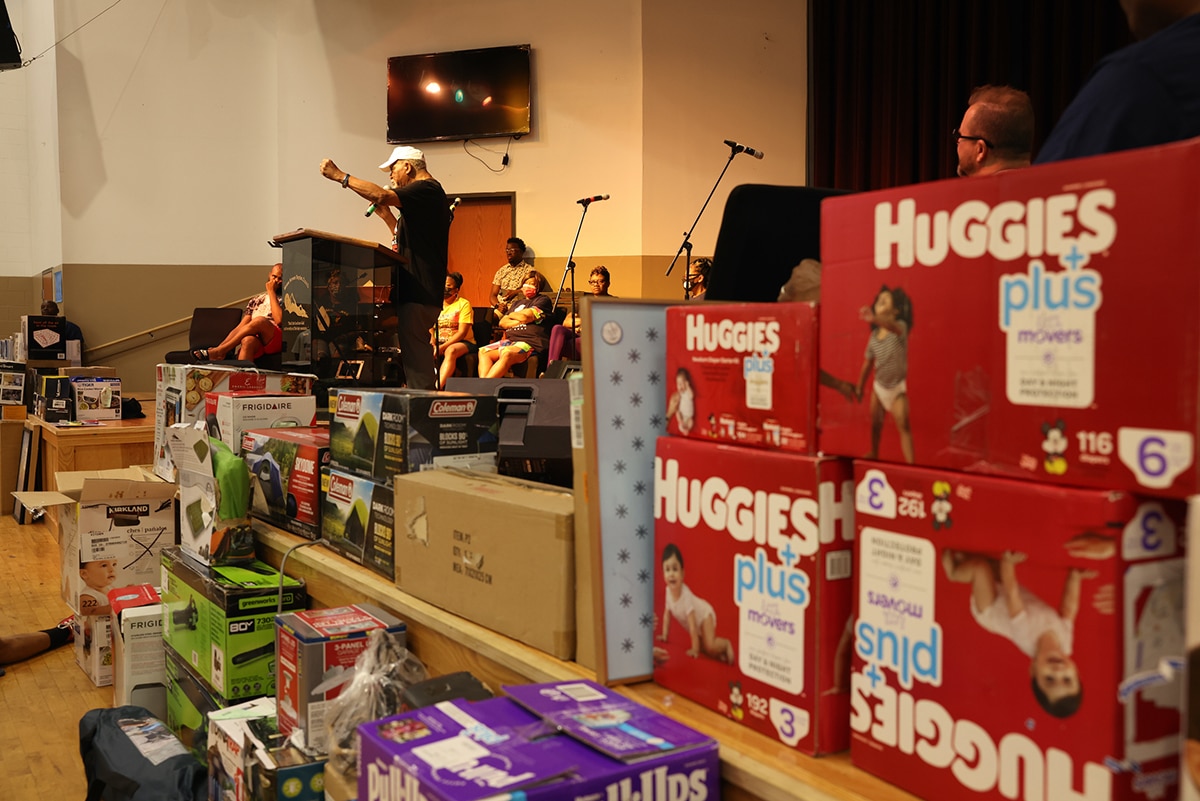 “CityServe West Cook has a great opportunity to bring the church empowerment movement to Chicago and throughout Cook County,” said CityServe executive director Karl Hargestam. “The need for compassion in our neighborhoods has never been greater, and we are honored to partner with local churches who want to share love and kindness across the CityServe Compassion Initiatives.”

CityServe West Cook blessed over 500 people with GIK (goods-in-kind) on Monday. This new HUB received their first delivery on June 13, which included 4 semi truckloads of resources generously donated to the community. Moving forward, CityServe West Cook will receive and sort GIK from the CityServe supply chain at their distribution warehouse, and distribute to local church PODs (point of distribution) who will then deliver to households in the “Last Mile of Need.”

Latoya Wilson of East Garfield Park was hoping for a large box of diapers for her baby. She told the Chicago Sun-Times that she typically spends upwards of $60 to $70 on just one large box of diapers. When she received a box of diapers at the CityServe distribution, she said the money she saved could help her cover her utility bills. “Running the AC all day because of the heat gets your bill sky high,” she said. 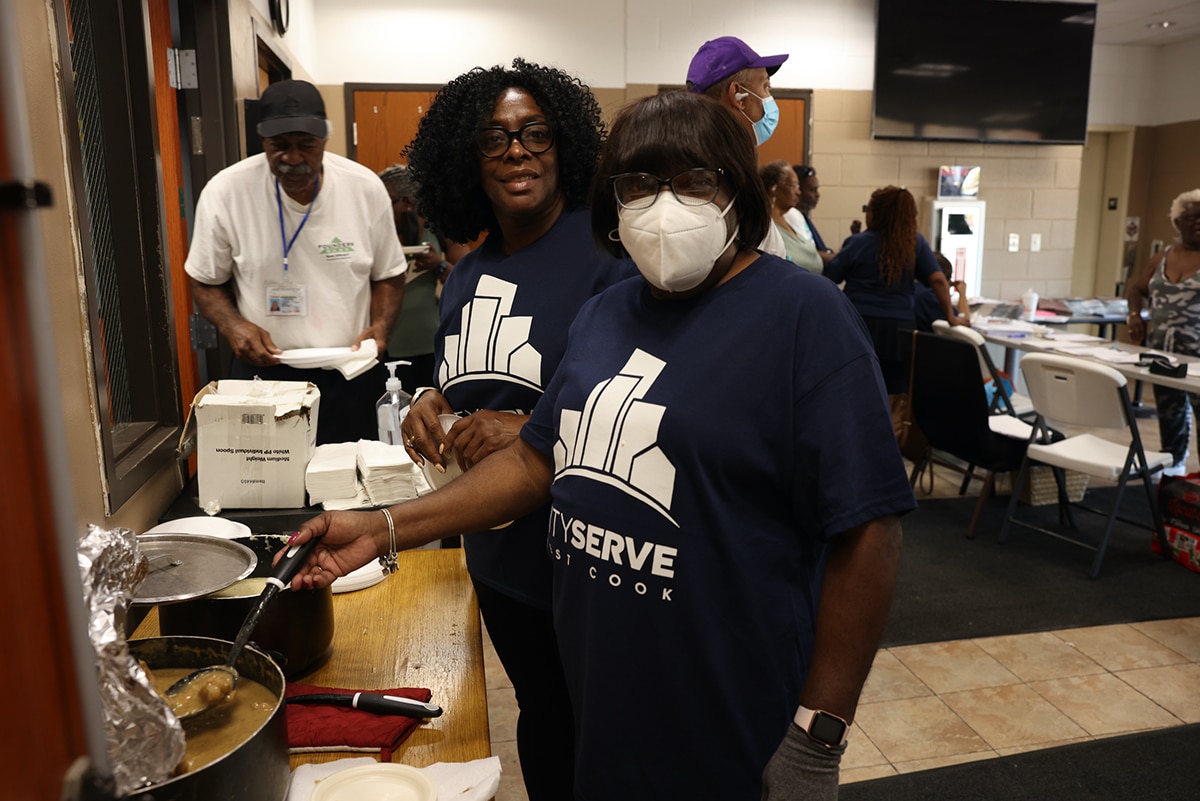 CityServe West Cook will conduct another distribution in July, and additional distributions once every month. Twenty local congregations have already joined the collaborative network to be CityServe PODs that will bless neighborhoods throughout the West Cook region in Chicago. Giving motivation to the new CityServe operation in churches throughout the county, Pastor Dr. Johnny Miller of Mount Vernon Baptist asked, “If we left the community would the community miss us?”