This article first appeared in Newsmax.

Humanitarian leader Dave Donaldson describes a dangerous mission
to ease the misery of millions of Ukrainians without food.

It’s the dead of night just inside Ukraine’s border from Poland. The temperature is 5 degrees Fahrenheit and the snow is blowing horizontally. I’m in a seemingly endless line of humanity.

Mothers, crying infants, frail older folks bundled up and hunched over canes — they’re all waiting to cross into Poland.

They’ve left everything behind. The trains were so packed with those fleeing the Russian assault, passengers were ordered to toss their luggage out of the window to make room for others.

Now, they’re in a fight for survival. After a three-hour, standing-room-only train ride, they’ve been waiting, hungry, exposed to the elements.

Children cry. Adults sob, moan, sigh. Every once in a while the line moves and they shuffle forward another foot or two.

I’ve joined the line to better understand what they’re going through. But before long, I’ll hop on a return flight back to the safety and security of the United States.

The refugees, by contrast, will face a daily grind dealing with the chaos and insecurity spawned by war as they try to rebuild their lives.

Ahead, I see the source of the commotion: It’s a woman in her late 70s who has fallen. We help her regain her feet and secure her scarf.

Other refugees, strangers almost as weary and spent as she is, step up to support her. Together, they resume their silent march into the dark unknown that lies ahead, leaning into the wind-whipped snow. 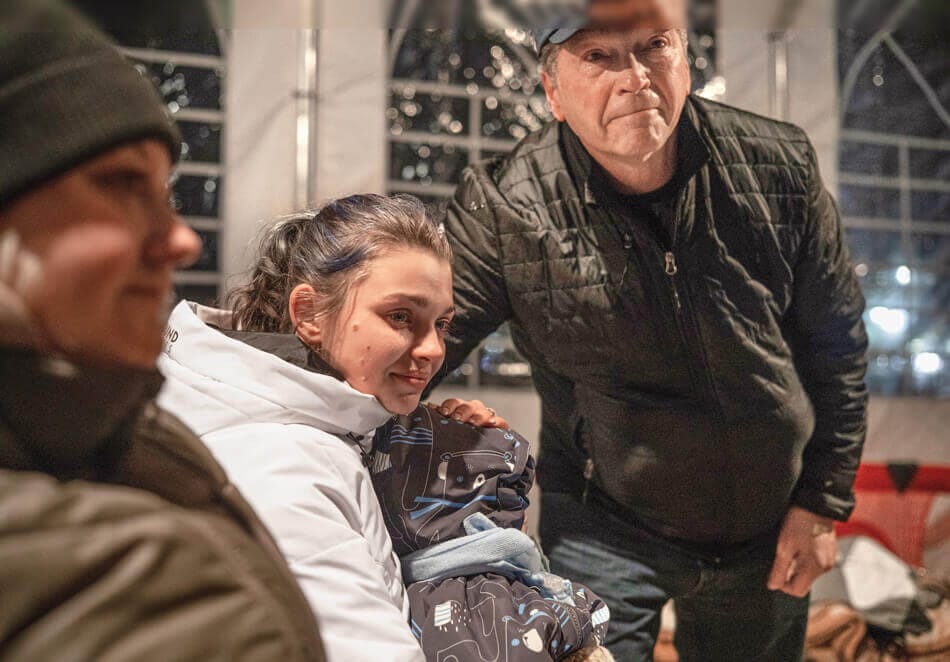 When we finally reach the other side of the border, my friends and colleagues at the European division of the global relief agency CityServe, headquartered in Bakersfield, California, help guide them to tents set up by the Polish government. There they finally get out of the elements and are given something to eat and drink.

Step inside those tents and you’ll see them crowded shoulder to shoulder. Many are sleeping on the ground. Others gaze about, their eyes empty, lost.

They have no idea what the next hour will bring, let alone the next day.

Many of them already know their homes are gone, others will find out later.

There are now nearly four million of them.

Putin’s bombs and artillery have turned them to rubble.

The scope of the human misery unleashed by Russia’s war of choice on its neighbor is difficult to measure or comprehend. By April, 10 million people had been displaced, with thousands more streaming across the border every day and night.

As one refugee mother explained to me: “You awaken in the morning in fear. You count the days. You live to survive and you’re under constant fear.”

“Why this?” she asked, her eyes spilling tears. “How can this be?”

Most displaced civilians forced out of their hometowns are still inside Ukraine. Some are in hiding in the countryside, others are hunkering down in bomb shelters hoping and praying they won’t be targeted next.

Virtually every supply chain inside Ukraine has been disrupted or destroyed. Like a massive python ruthlessly squeezing the life out of its victim, the Russian military has systematically shut down civilian supply lines. The obvious objective: starving and bombing the populace into submission.

It’s a strategy that has Russian soldiers wreaking mayhem against civilians.

More than 1,000 are known to have perished in the crossfire, but the real number is certainly much higher.

When Ukrainians are finally able to emerge from their bunkers, they find little or no food.

Supermarket shelves are empty, and people are desperate. Some are foraging, hoping to find an apple, a potato, or a crust of stale bread to help keep their families alive one more day.

“We are trying to survive somehow,” one Ukrainian mother told the Associated Press. “My child is hungry. I don’t know what to give him to eat.”

Neighboring nations, meanwhile, are now choked with a flood of humanity. Some towns and cities in Poland, Romania, Hungary, and Moldova have doubled in population virtually overnight. They now contain as many refugees as they have residents.

Those who fled Putin’s war by crossing into neighboring countries are now homeless. In my visit in mid-March, I saw families with children sleeping on the floors in subway stations or in shopping malls that had been converted into refugee relief centers.

Adding to the misery, thugs and child traffickers lurk like sharks around them, preying on the defenseless and looking to exploit human misery. The police appear too overwhelmed to stop them.

It’s an acute crisis unlike anything Europe’s seen since World War II. Polish citizens who remember the bootheel of Soviet oppression fear it’s only a matter of time before Putin invades them next.

A Polish citizen told me: “There’s only one reason we can even sleep at night: The United States of America. We know you’ll protect us.” 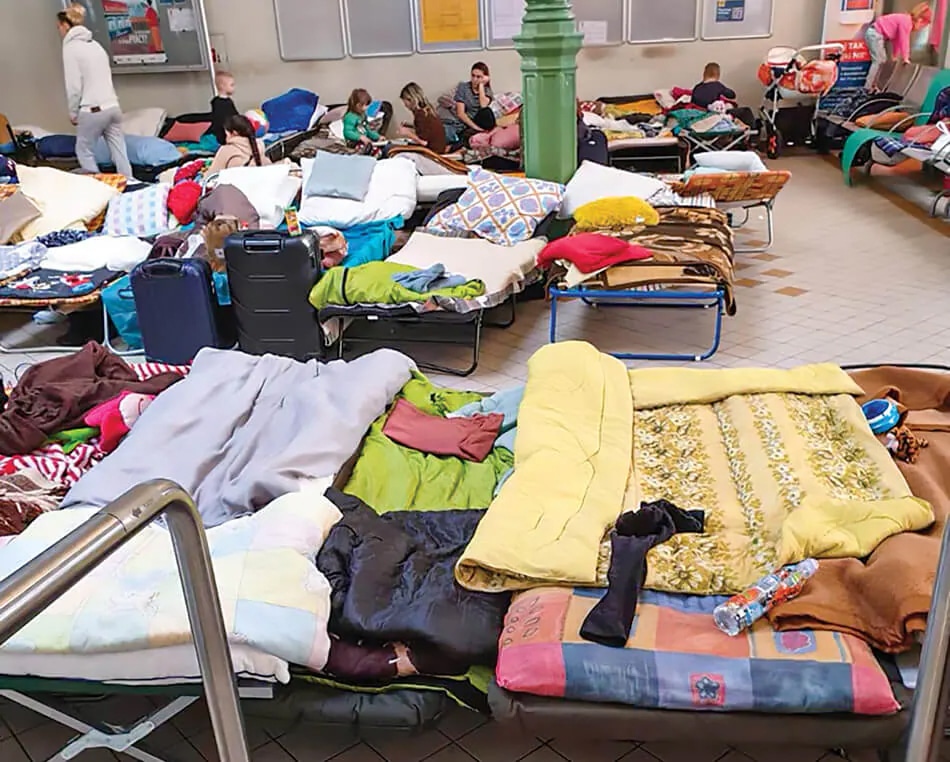 In Ukraine and beyond, this vision of America as the nation they can count on is what’s keeping their hopes alive. We heard this refrain throughout our visit to the Ukrainian border: “We know the Americans will come help us,” they say.

In some respects, they already have. Funds donated by concerned Americans enabled my organization, CityServe, to purchase the cots needed to get refugees off the floor of a train station.

We’re purchasing vehicles to bolster a transportation network. We’re working closely with the Pentecostal European Fellowship to make sure refugees are placed in church-family safe houses.

The church-led underground railroad delivering supplies throughout Ukraine is playing a big role in keeping Ukraine alive. Putin would very much like to see that network destroyed.

This railroad functions in both directions. After the drivers unload their provisions, they take stranded refugees aboard, then begin their harrowing journey back across the border.

Then, CityServe volunteers meet the refugees and connect them with church safe houses for ongoing care and support.